Have you noticed I have been on a binge of Scandinavian crime fiction in May?

Early in May I went to the library and discovered that they had expanded the crime section noticeably. And around the same time I found Amy´s Scandinavian Reading Challenge. So I decided to challenge myself by finishing it within a month – and four of the writers (five, really, as there are two for Drengen i kufferten) are new to me. 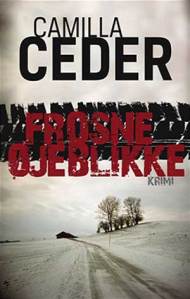 Besides I have read

So on the whole I feel somewhat better informed on recent Scandinavian crime fiction today than one month ago.

And June? – a busy exam month, but I hope there will be a few exciting guest posts for you.
.

I am a Danish teacher. In my spare time I read, write and review crime fiction.
View all posts by Dorte Hummelshøj Jakobsen →
This entry was posted in Scandinavian Reading Challenge 2010. Bookmark the permalink.