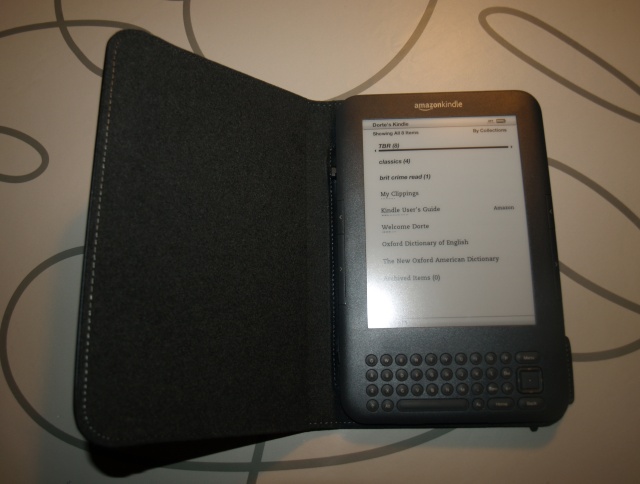 It is not exactly new news, but as it was repeated in a literary supplement the other day, I thought my English readers would be interested in knowing that two Danish writers of crime fiction, Leif Davidsen and Jussi Adler-Olsen, refuse to sell their new books as ebooks.

Adler-Olsen argues that ebooks are bad for the publishing business as such while Davidsen stresses the fact that ebooks are far too easy to copy. “Have you thought about what you are doing?” he asks.

With regard to the piracy argument, I truly hope fear of theft won´t prevent writers from doing what they want to do. I am sure piracy has been around ever since Caxton´s convenient little invention in the 15th century in one way or the other.

With regard to the threat to publishers, Gyldendal (the Danish publishing giant) has finally noticed that American writer John Locke has sold millions of self-published ebooks. Of course any serious publisher should think about what this means to the business. But is the sensible reaction to try to stem the tide, or to discuss if it is time to change their traditional approach? I may also worry about traditional bookshops, but the ebook has been invented, after all, and if Danish customers cannot get Danish ebooks, recent surveys have shown that c 30 % of us read English books occasionally. What will happen to that figure if young readers cannot get new Danish fiction…?

At CrimeFest in Bristol I heard about a British publisher who offered ebook contracts to new writers if they were not certain a paper book could sell enough to make a profit. When/if the ebook did well, they were ready with contracts for paper books.

Another worry expressed by Leif Davidsen is that ebook prices will be so low that ´nobody can live off writing´. Perhaps. But until book prices were set free recently, the lack of competition meant that new hardbacks cost around $ 60, paperbacks $ 40 or so. Denmark is a small country with a population of c 5 million people, but Sweden with a population of c 9 million, has sold paperbacks of Läckberg, Jungstedt, Mankell, Nesbø etc for $ 7-10 for ages. Does anyone imagine that Läckberg´s publisher sells these books with a loss, or could the truth be that with cheap pocket books lying around in the supermarket customers buy so many books that…

Oh no, that is unthinkable. Books are literary gems and should be sold as such. So if Danish customers want ebooks at all, they should be happy to get them for $ 30 because when the state has taken 25 % and the publisher 85 %, the writer´s slice is $ 3.60, and that´s the way we have always arranged things in our little duck pond.

Wake up, Gyldendal and other publishers, times are achanging, whether you and your writers want it or not. I won´t pretend I know how to solve all the problems, but I fear that in the long run your options are to adjust – or perish.

I am a Danish teacher. In my spare time I read, write and review crime fiction.
View all posts by Dorte Hummelshøj Jakobsen →
This entry was posted in Uncategorized. Bookmark the permalink.